The 20,000 square metre facility at Llay, South of Liverpool, is our heavily automated facility used for the manufacturing of our concrete aggregate block products. For all your concrete block needs contact our team our team via phone on 01978 799070.

The model village of Llay was built during the early part of the 20th century on agricultural land 4 miles north of Wrexham where a community of mineworkers were established on what had been farm and park land.  The mine workers served Llay Main Colliery which was established in 1913 by Sir Arthur Markham and by 1952 it was the deepest pit in the UK with two thousand men being employed in its upkeep.

Llay Miners Welfare built in 1931 still proudly stands at its centre and in its 85 years has seen many events  – even a wartime performance of the Halle orchestra conducted by the great John Barbirolli and in 2012 the installation of a pithead winding wheel   – a permanent memorial to the memory of those who worked Llay Main.

Just five years after its completion Llay Miners welfare forms the back drop to the children’s play ground – still there today 80 years later.

The colliery closed on March 11th 1966 and an industrial estate was built on the site – it reputedly took six months and 60,000 tons of spoil to fill the two main shafts that at one time extended 1000 feet into the ground.

The industrial estate brought new industries buoyed by the vast natural resources of the area, one such company that took up residence on the new estate was aggregate block maker Concrete Masonry who manufacture product there until mid-1970 when it amalgamated with Premier Stone.

In 1985 the Sir Alfred McAlpine Group took control of the Llay facility but by 1989 it had once again changed hands as it was bought by the concrete products group Marshalls PLC in the form of Marshalls Mono where for the next 20 years the company manufactured all types of concrete flags, kerb product and concrete paving blocks.

In 2007 global the recession hit industry, and in particular, the construction industry hard and a rationalisation of the Marshalls group deemed their Llay facility expendable and by 2009 production had all but ceased. 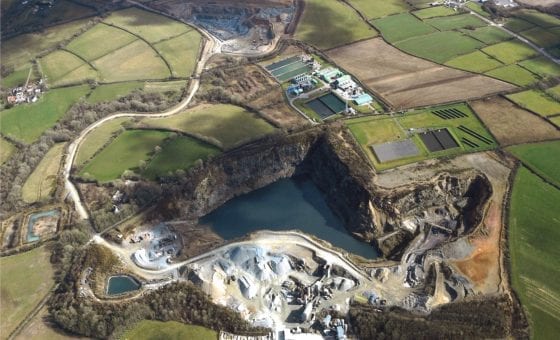 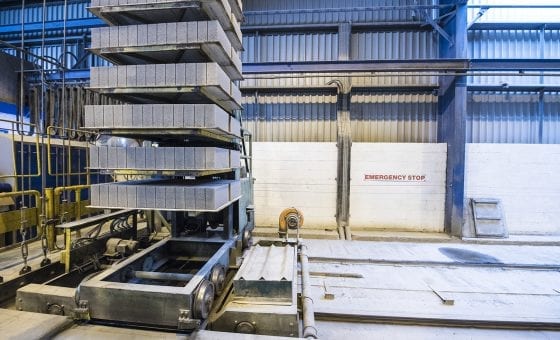 Need some advice? Talk to our expert team

If you are a trade buyer looking to top up your yard stock, please feel free to contact us directly and our staff will be glad to assist you.

Looking for home use? Find a stockist

Non-trade purchasers can purchase from the large number of stockists across the North West and North Wales.